See below for a detailed listing of events associate with the "Centennial Celebration." Sure to be a wonderful event! 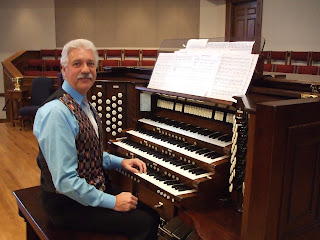 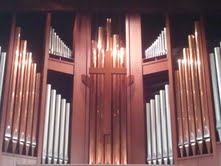 5) MARCH 21, 2014
Paul Jacobs in Recital – Called “precisely what the organ scene needs right now” by the Los Angeles Times, Grammy Award-winning organist Paul Jacobs has been lauded by critics and audiences alike for his tremendous technical abilities and for the wide range of emotions he is able to coax from the instrument. First receiving acclaim for his sweeping marathon performances of the complete works of Bach and Messiaen, Jacobs has proven himself a tireless advocate for new organ works and core repertoire for nearly two decades.
At 26, Paul Jacobs was invited to join the faculty of the Juilliard School, and in 2004, at age 27, was named chairman of the organ department, one of the youngest faculty appointees in the school’s history.
In addition to his concert and teaching appearances, Paul Jacobs is a frequent performer at international and national festivals, and has appeared on American Public Media’s Pipedreams, Performance Today and Saint Paul Sunday, as well as NPR’s Morning Edition, Robert Schuller’s Hour of Power from the Crystal Cathedral and ABC-TV’s World News Tonight, among others.
This program is sponsored by St. Mary’s Cathedral and by the Memphis Chapter, American Guild of Organists (AGO) in its Centennial Celebration.
- Friday, March 21, 7:30 p.m.
-Location: St. Mary's Cathedral, 700 Poplar Avenue; Tel: (901) 527-6123